Don't mind us, we'll just have a quick look for unsupported installs and then disappear, we promise

Microsoft wants everyone to know that it isn't looking to invade their privacy while looking through their Windows PCs to find out-of-date versions of Office software.…

... forcing users to insert their cards into less-secure PIN systems

The reasons businesses and consumers like contactless payment transactions – high security and speed – are what make those systems bad for cybercriminals.…

A former employee of network technology provider Ubiquiti pleaded guilty to multiple felony charges after posing as an anonymous hacker in an attempt to extort almost $2 million worth of cryptocurrency while employed at the company. From a report: Nickolas Sharp, 37, worked as a senior developer for Ubiquiti between 2018 and 2021 and took advantage of his authorized access to Ubiquiti's network to steal gigabytes worth of files from the company during an orchestrated security breach in December 2020.

Prosecutors said that Sharp used the Surfshark VPN service to hide his home IP address and intentionally damaged Ubiquiti's computer systems during the attack in an attempt to conceal his unauthorized activity. Sharp later posed as an anonymous hacker who claimed to be behind the incident while working on an internal team that was investigating the security breach. While concealing his identity, Sharp attempted to extort Ubiquiti, sending a ransom note to the company demanding 50 Bitcoin (worth around $1.9 million at that time) in exchange for returning the stolen data and disclosing the security vulnerabilities used to acquire it. When Ubiquiti refused the ransom demands, Sharp leaked some of the stolen data to the public. The FBI was prompted to investigate Sharp's home around March 24th, 2021, after it was discovered that a temporary internet outage had exposed Sharp's IP address during the security breach.

The Newest Feature in the Microsoft Store is More Ads

If your main problem with the Microsoft Store is that you get too many relevant results when you search for apps, good news: Microsoft is officially launching Microsoft Store Ads, a way for developers to pay to get their apps in front of your eyes when you go to the store to look for something else. From a report: Microsoft's landing page for the feature says the apps will appear during searches and in the Apps and Gaming tabs within the app. Developers will be able to track whether and where users see the ads and whether they're downloading and opening the apps once they see the ads.

Microsoft also provided an update on the health of the Microsoft Store, pointing to 2022 as "a record year," with more than 900 million unique users worldwide and "a 122% year-over-year increase in developer submissions of new apps and games." The company launched a "pilot program" of the Microsoft Store Ads back in September of 2022, and the look of the ads doesn't appear to have changed much since then. Ads will be served to Microsoft Store users on Windows 10 and Windows 11 and are only available to developers who have already published their apps to the store.

As global demand for Covid-19 vaccines dries up, the program responsible for vaccinating the world's poor has been urgently negotiating to try to get out of its deals with pharmaceutical companies for shots it no longer needs. From a report: Drug companies have so far declined to refund $1.4 billion in advance payments for now-canceled doses, according to confidential documents obtained by The New York Times. Gavi, the international immunization organization that bought the shots on behalf of the global Covid vaccination program, Covax, has said little publicly about the costs of canceling the orders. But Gavi financial documents show the organization has been trying to stanch the financial damage. If it cannot strike a more favorable agreement with another company, Johnson & Johnson, it could have to pay still more.

Gavi is a Geneva-based nongovernmental organization that uses funds from donors including the U.S. government and the Bill and Melinda Gates Foundation to provide childhood immunizations to lower-income nations. Early in the pandemic, it was charged with buying Covid vaccinations for the developing world -- armed with one of the largest-ever mobilizations of humanitarian funding -- and began negotiations with the vaccine makers. Those negotiations went badly at the outset. The companies initially shut the organization out of the market, prioritizing high-income countries that were able to pay more to lock up the first doses. [...] The vaccine makers have brought in more than $13 billion from the shots that have been distributed through Covax. Under the contracts, the companies are not obligated to return the prepayments Gavi gave them to reserve vaccines that were ultimately canceled.

Chess experts make more mistakes when air pollution is high, a study has found. From a report: Experts used computer models to analyse the quality of games played and found that with a modest increase in fine particulate matter, the probability that chess players would make an error increased by 2.1 percentage points, and the magnitude of those errors increased by 10.8%. The paper, published in the journal Management Science, studied the performance of 121 chess players in three seven-round tournaments in Germany in 2017, 2018, and 2019, comprising more than 30,000 chess moves.

The researchers compared the actual moves the players made against the optimal moves determined by the powerful chess engine Stockfish. In the tournament venues, the researchers attached three web-connected air quality sensors to measure carbon dioxide, PM2.5 concentrations, and temperature. Each tournament lasted eight weeks, meaning players faced a variety of air conditions. Fine particulate matter, or PM2.5, refers to tiny particles 2.5 microns or less in diameter, which are often expelled by burning matter such as that from car engines, coal plants, forest fires, and wood burners. Further reading: Study Reveals Links Between UK Air Pollution and Mental Ill-Health.

I'll See You in October 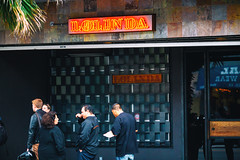 h_tomo has added a photo to the pool: 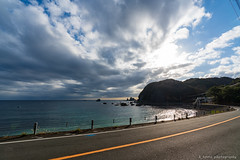 After rocky start, hopes up in Oregon drug decriminalization In November 2020, Oregon voters passed Ballot Measure 110, which made it the first state in the union to broadly decriminalize drug possession, a response to an untenable status quo. In addition, the measure pledged to support the expansion of drug treatment and harm reduction programs in the state through funds from cannabis taxes.